Abu Kafan: On The Other Side of the Mirror

The first thing we notice when approaching Abu Kafan is a relatively small lighthouse built on a concrete foundation. The reef, about 150 meters long, is just below the surface. From the maps displayed during the briefing, we learn that both the northern and the southern plateaus have pointed formations sticking up at their ends. The reef’s outline, seen from either the east or west, irrefutably resembles a hat with a turned-up brim. The wall adorned with coral gardens is said to be over 200 meters tall. Abu Kafan is one of the most beautiful reefs near Safaga. 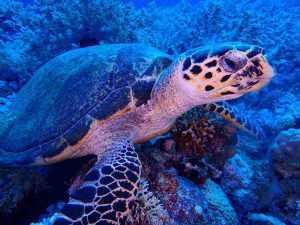 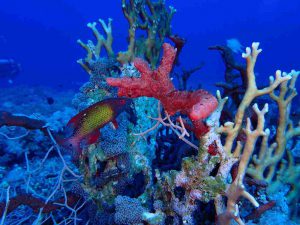 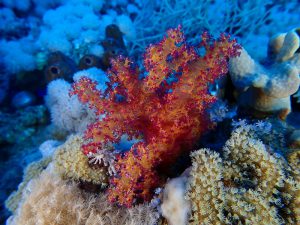 We leave the boat anchored at the south-eastern side of the reef, we get to the northern plateau by zodiacs. On the way back, we will pass the reef on our right. I descend quickly, releasing air from the Peanut 21 wing. Down below, I take a look at the pretty coral formations — quite a few of them are soft, so very similar to broccoli. They differ seemingly only in colors from the vegetables known from supermarket stalls and frozen food packages. They are so fabulously colored that not only the human eye goes crazy, but also the camera mechanism. The flexible and fleshy twigs tremble in the moving water, the coral bends and straightens like a tree in the wind. Where the current is even stronger, and likely ever-present, grow gorgonians resembling stiff, starched lace dried on a string. There are also quite a few fire coral fans. 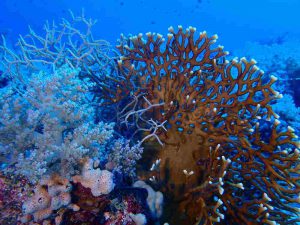 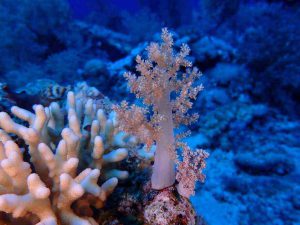 The undulation increases in strength. The current leads us past the plateau, along a vertical rock. The view, whose clarity is ensured by the excellent Tecline mask, reminds me of a mountain range. I glance up, towards the surface, and notice a large spherical boulder crowning the wall. Countless tiny red fish (Anthias) are swimming by the reef, numerous moray eels lurk in the pits. 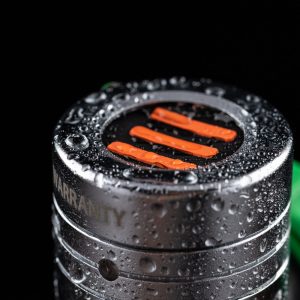 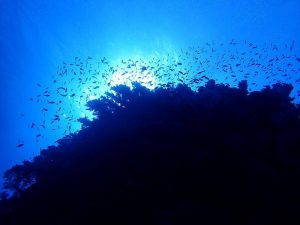 We reach the southern plateau where we meet a turtle. We come across a rather large creature that, from the distance, looks a bit like an alien or an effect of the imagination of a surreal artist. A few square meters of the sea bottom are covered with translucent bubbles, about 2-3 centimeters in diameter, similar to grapes. Unlike grapes, however, they’re not held together by stems but instead are stuck to one another, forming structures resembling ganglia of the brain. Up close, you can see the delicate veins on each ball which, depending on the lightning, appear either gray, red or purple. Is the gelatinous structure a collection of miniaturised pods, used in the Matrix to breed humans? Definitely not! The clusters, though reminiscent of the film set, turned out to have been bubble coral (Plerogyra sinuosa). I established that fact much later, on the surface, when comparing my pictures with those on fishkeeping websites. As I found out, bubble coral requires darker environments with slower water flow than most of its cousins. That is in line with my observations. I had to turn on the lights to take a photo, despite the time (around noon) and shallow depth; the current wasn’t interfering with catching the focus. I took a deep breath from the Tecline regulator (V1 Ice Tec1 SemiTec), and took the picture. 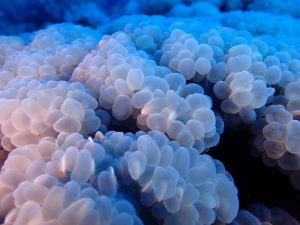 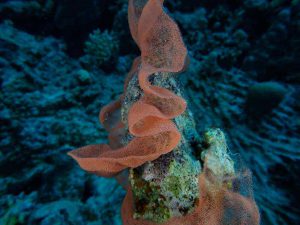 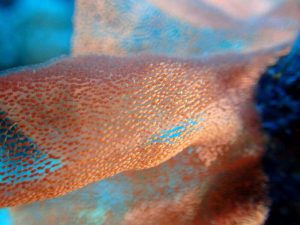 Further on, the flat terrain narrows quite quickly. After a while, we find ourselves next to the wall again. The upper part of the reef is well lit by the Sun. We notice our boat’s anchor rode, leading from the rock to its hull. The rudder and the motionless propellers look astonishing illuminated by sun rays. I enjoy such views. The underwater group is slowly shrinking, people climbing the ladder disappearing one after another, like Alice going through the mirror.

As it turns out, the underwater ribbon is a living creature, more specifically the eggs of the Spanish dancer (Hexabranchus sanguineus). Right next to it, an empty shell of a huge clam grins, akin to a monster’s mouth, with rows of long pointed teeth-like spines. A small fish hovers over it briefly. “There’s a chance for a good shot” I think and release the shutter. Alas, I’m late. I’m all alone down there, time to walk through the mirror.