This small island – with a well-deserved reputation amongst the few who make it here – appears to be almost connected to the long and narrow Mansuar Island by a sandbar. Supposedly heedful observers of the tides are able to get across dry footed. Testing those reports, however, seems quite risky due to strong currents. 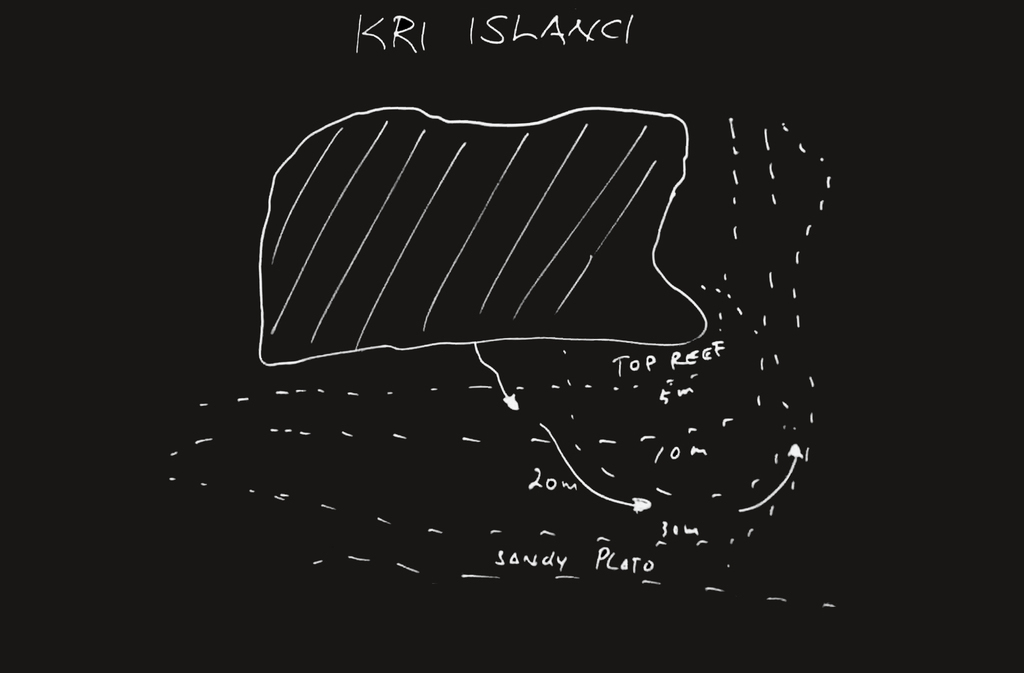 The dive begins with a jump into the water right next to the picturesque islet with its dozen overwater bungalows (meant for tourists). The islet is well known of its wondrous reef starting by the piers already – allowing you to move dry footed between the shore and tourist huts.

The beginning of the underwater journey is very calm. The mild current should not pose a problem even to the most unexperienced divers. However, later the current increases in strength and there is also a noticeable wave. Even at greater depths (about 15 m) it is able to move divers back and forth by two meters. Because of the harsh conditions, it is crucial to have a proper equipment configuration and a streamlined silhouette.

Make sure to avoid having hanging equipment – such as manometers and octopus – that could get caught on the hard corals. Water movement – at times violent – would most certainly make freeing themselves a very difficult task for the unfortunate diver. 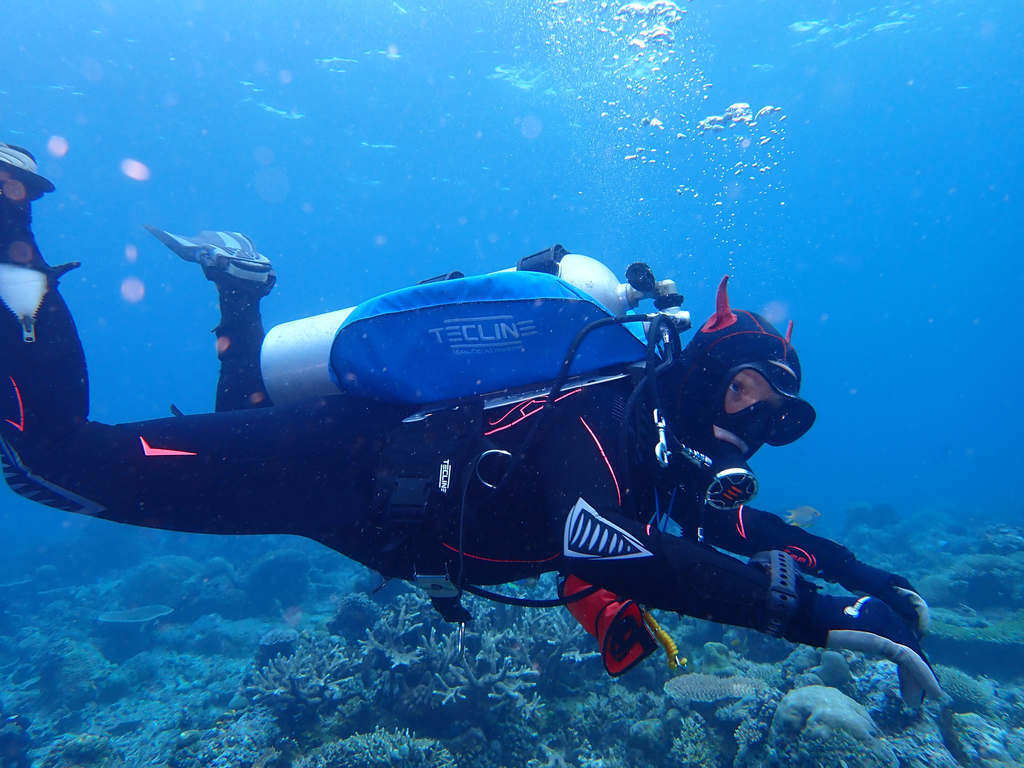 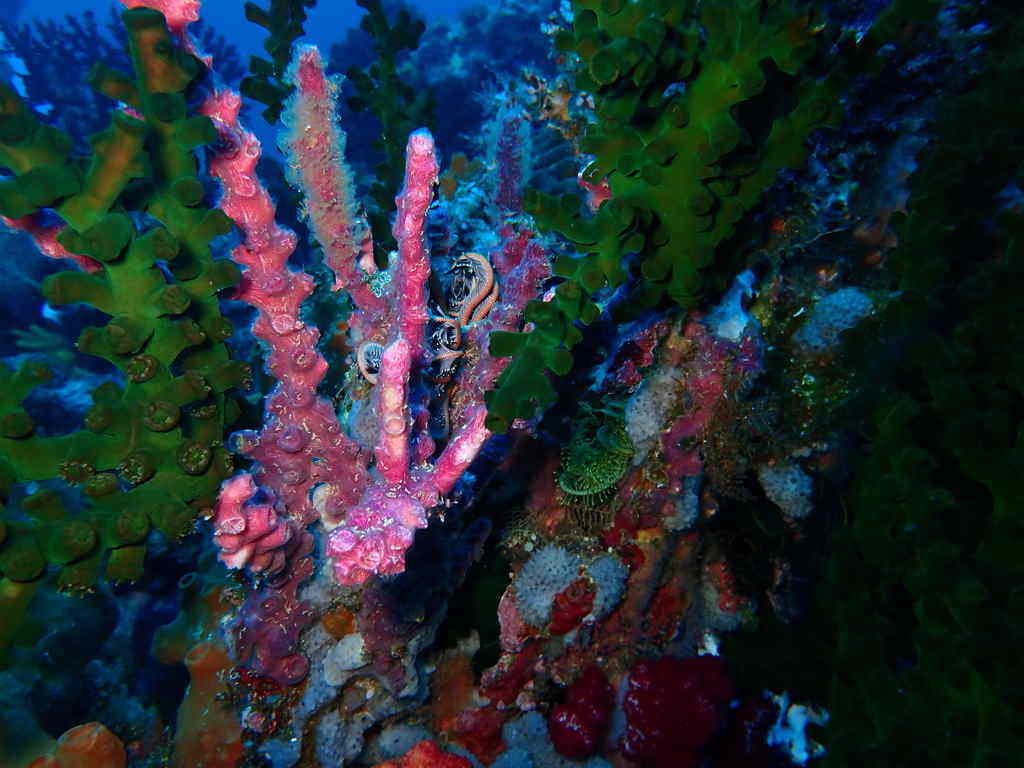 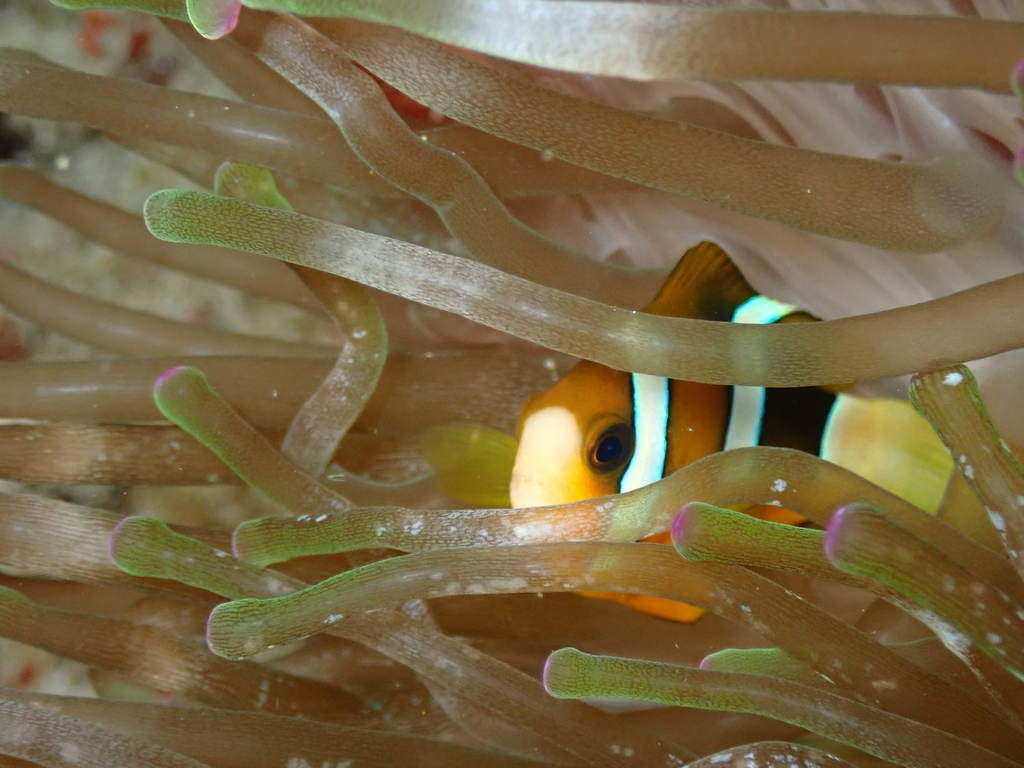 The configuration with V1 ICE TEC1 SemiTec regulators works perfectly in these conditions – no hanging parts, everything in its place. Neat organisation increases the feeling of comfort, allowing to admire nature in peace. Wonderful and full of life, the place is filled with big shoals of small, fabulously colored fish. The likely encounter with a manta ray becomes a fact. The majestic fish resembling a giant bird or a prehistoric pterodactyl soars in a small distance from the reef, only to disappear in the water depths. 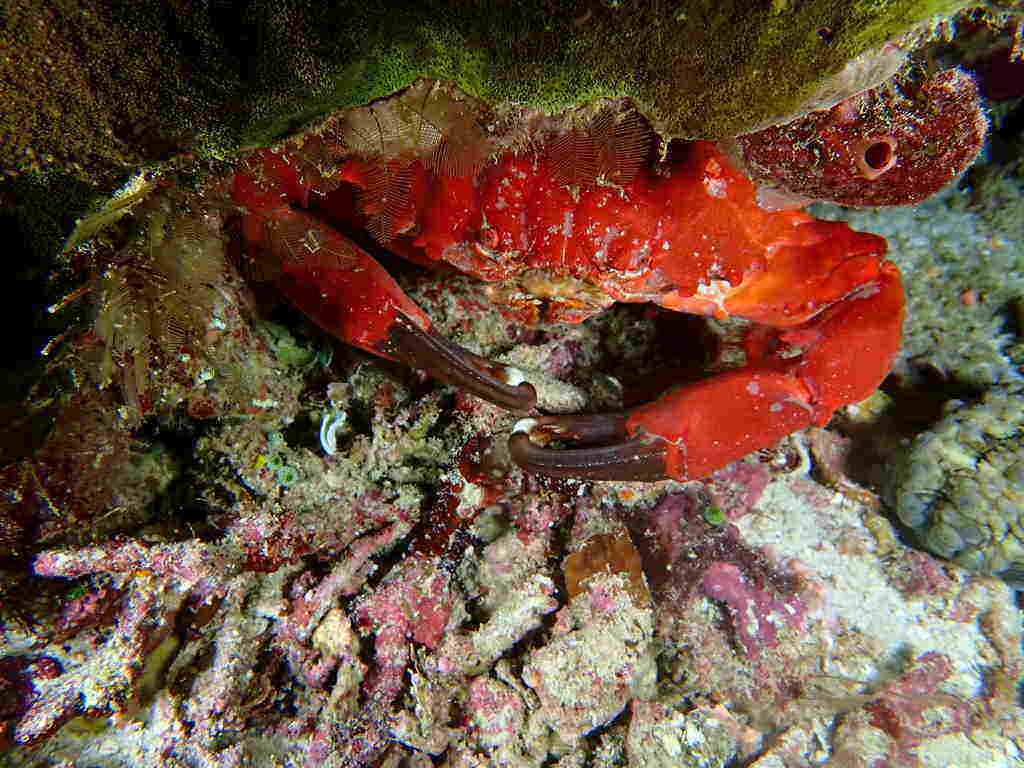 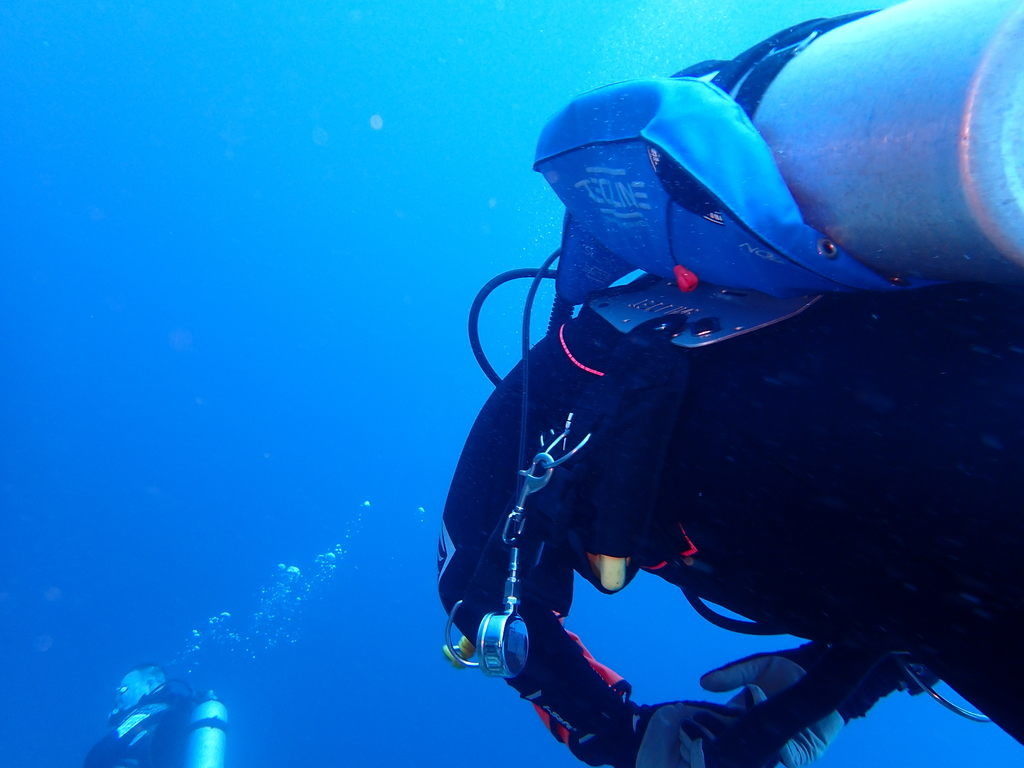 Near the Kri Island you can come across upward flowing currents. Even a small amount of unnecessary air in the wing combined with a hot stream of water headed upwards can result in a premature resurfacing. During the descent accelerated by strong fin movements finding the relief valve on the Tecline Peanut 21 wing with your left hand is incredibly easy and takes less than a second. The air remnants, thanks to the well thought out valve placement, instantly float towards the surface, restoring proper buoyancy.

The Mansuar Island – almost 12 kilometers long, 3 wide – when viewed from above resembles a swimming Muraena with its snake-like movements. The Mansuar Island almost perfectly parallel to the equator. The wider and more massive west end of the island resembles a head – the thinner east end sprawling towards the Kri Island brings to mind a tail. Right behind the “head” the serpentine shape turns north, then after 8 km it makes a gentle curve towards the south. The lovely cove on the southern side – where the picturesque Sauwandarek village is located – owes much to the islands shape. 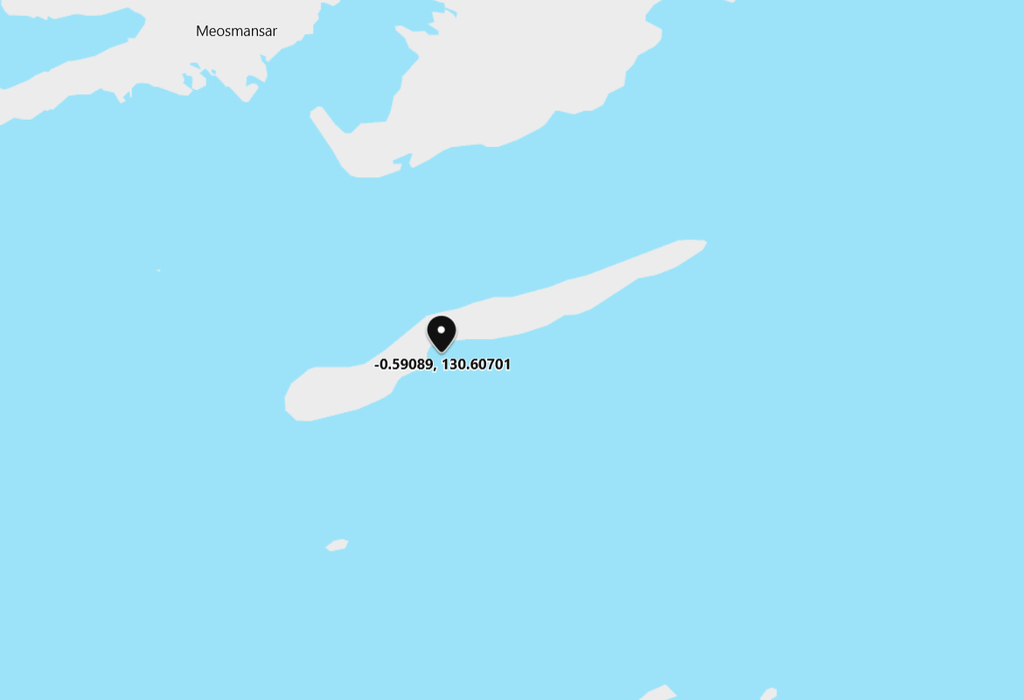 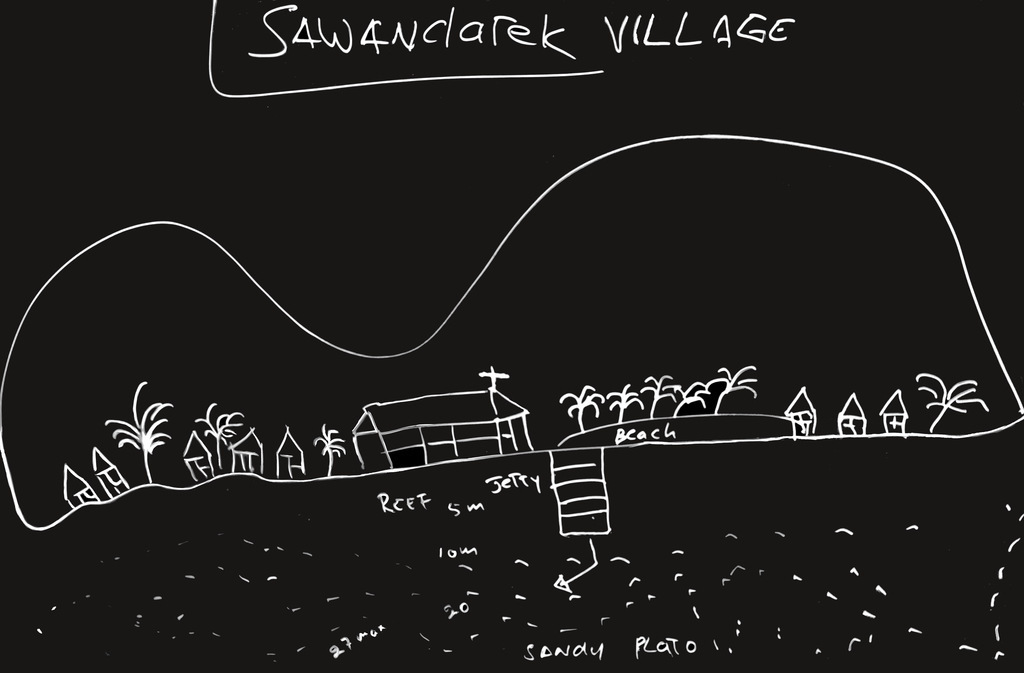 If you look at the bay from the sea, you can notice that the left “Muraena’s head” side emerges from the water creating a large hill which turns into a valley near the end of the village. Moving on past the village, the land begins to rise – forming another mountain few kilometers farther towards the “tail”. Right in the middle of the village stands a church tower; to its left you can see a beautiful small beach – farther ahead there are few residential buildings, as well as a pier for docking ships.

Diving by the village of Sauwandarek is really awesome. It is worth spending some time around the pier – this place is as rich in underwater creatures as Fort Knox is in gold, and Spetsnaz snipers’ shooting targets in lead. You can come across numerous small sharks and turtles. Giant crawfishes hide under any larger coral, often accompanied by striped snakes.  Farther – an amazingly beautiful reef sloping upwards towards the coastline. For many people, this could be the most beautiful dive in their life. 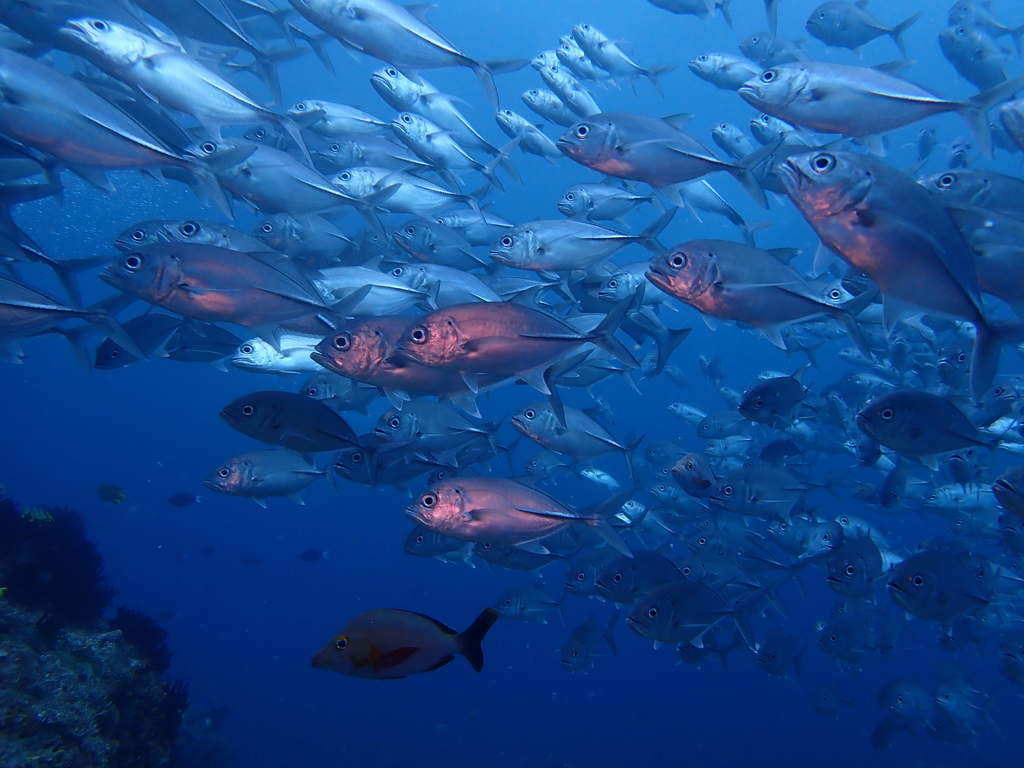 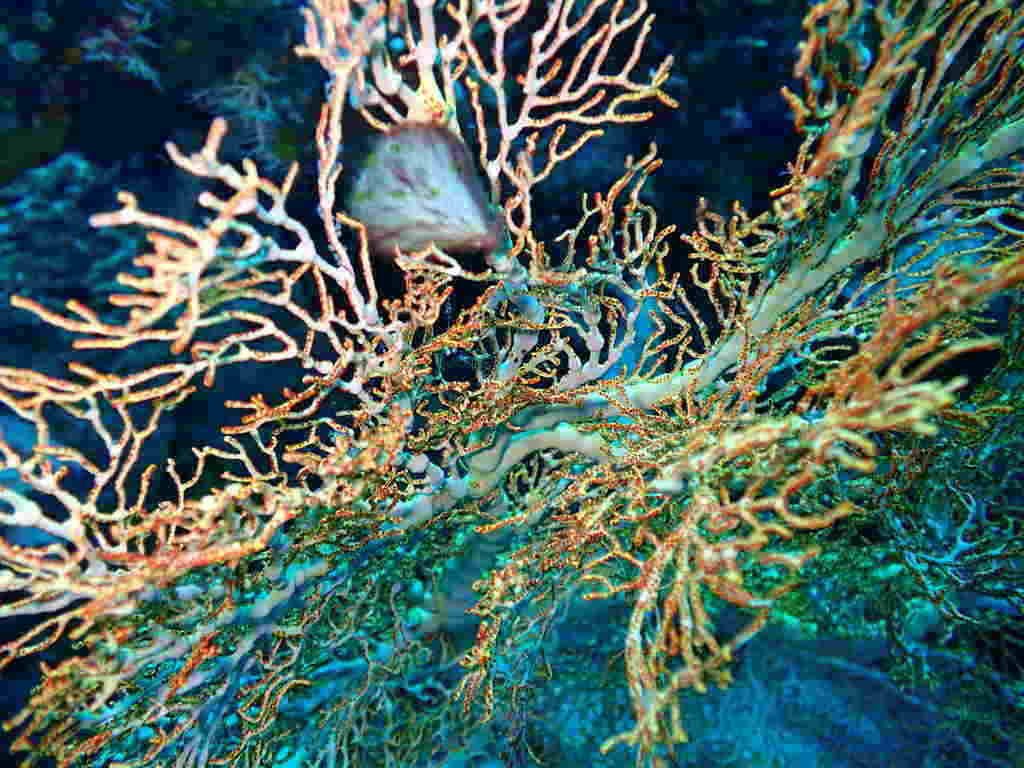 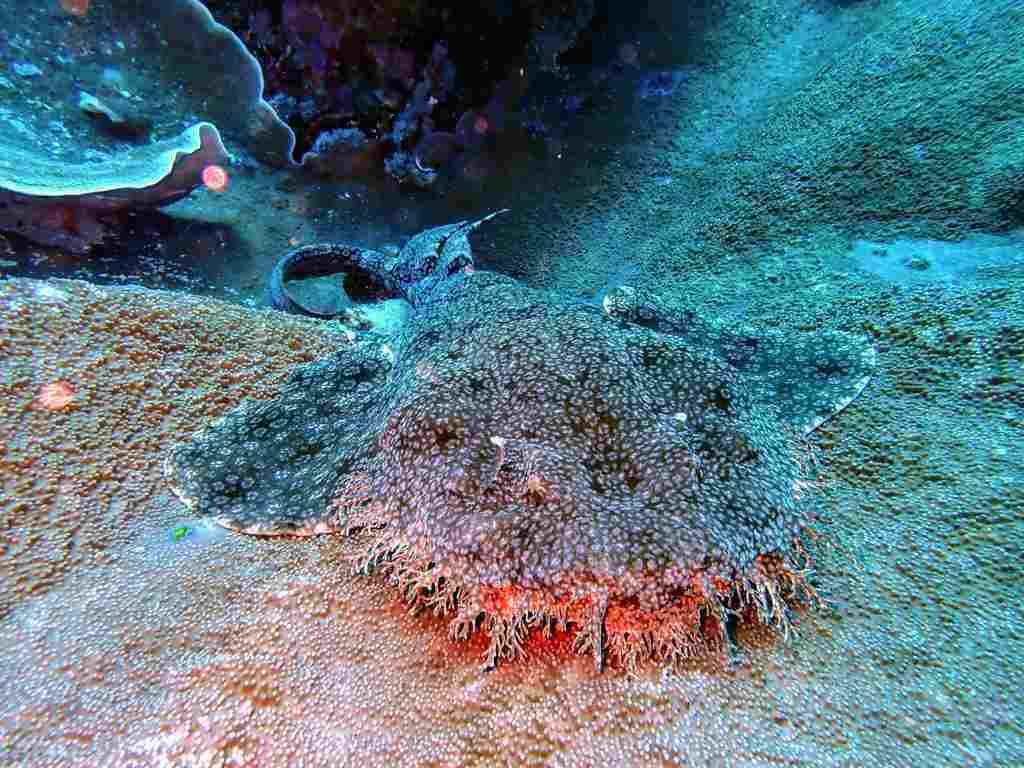 Surrounded by an enormous amount of fish, we make our safety stop – in harmony with the ascending reef. The current was mild, at times getting more intense. Mirages appearing due to rapidly mixing warm and cold currents make an incredible impression. Similar wonders only in Mexican cenotes – where the halocline deforms perception in an unusual way. Admiring the views is greatly facilitated by using a Tecline Super View Mask – which provides excellent visibility, comfort and – thanks to the used materials – perfectly fits the face.

Other articles in this series: